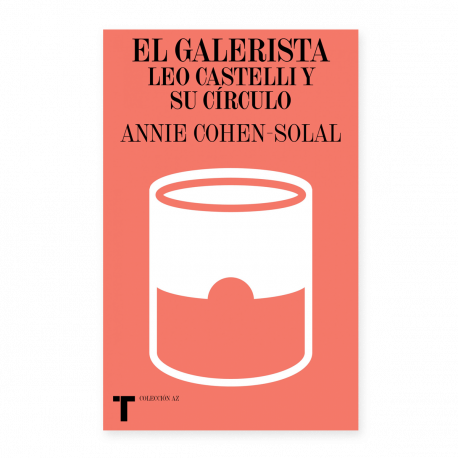 After emigrating to New York in 1941, Castelli would not open a gallery for sixteen years, when he had reached the age of fifty. But as the first to exhibit the then-unknown Jasper Johns, Castelli emerged as a tastemaker overnight and fast came to champion a virtual Who’s Who of twentieth-century masters: Rauschenberg, Lichtenstein, Warhol, and Twombly, to name a few.

“El galerista” brilliantly narrates the course of one man’s power and influence. But Castelli had another secret, too: his life as an Italian Jew. Annie Cohen-Solal traces a family whose fortunes rose and fell for centuries before the Castellis fled European fascism. Never hidden but also never discussed, this experience would form the core of a guarded but magnetic character possessed of unfailing old-world charm and a refusal to look backward, traits that ensured Castelli’s visionary precedence in every major new movement from Pop to Conceptual and by which he fostered the worldwide enthusiasm for American contemporary art that is his greatest legacy.