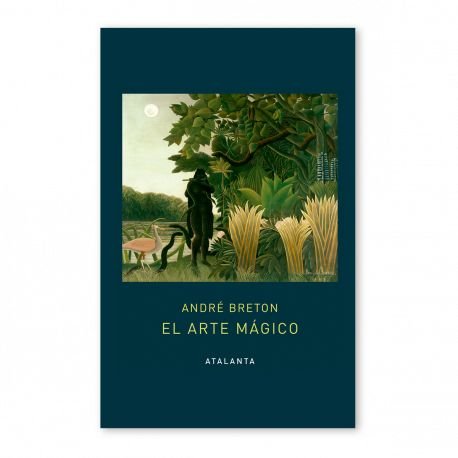 For years, The Magic Art, has been a book for connaisseurs and the object of desire of Parisians bibliophiles. The book was first published in 1957, with a minimum circulation for members of the Club Français du Livre, within a project with several authors and volumes for the study of art, and soon became the object of worship for French bibliophiles.

In The Magic Art , André Breton looked at the creation from the prism of light of surrealism , without space or time, with the poetic vision of a man who had made his aesthetic a personal conquest. He always wanted to publish it again, because in that first edition the illustrations had become vignettes and Breton aspired to a maximum dialogue between the text and the selection of the images, as Jacobo Siruela explains in his note to the edition. Thus, after the illuminating introductory essay, Magic art is structured in three parts: Art, vehicle of magic , Modern times: crisis of magic and Recovered magic: surrealism . On the final survey, presented to Maurice Blanchot, Georges Bataille, Claude Lévi-Strauss, Leonora Carrington, René Magritte, Juan Eduardo Cirlot or Julien Gracq, among many others, Martin Heidegger replied that he doubted his knowledge to be able to face it and the approach of the questions, and Octavio Paz that there is no art without magic at any time.