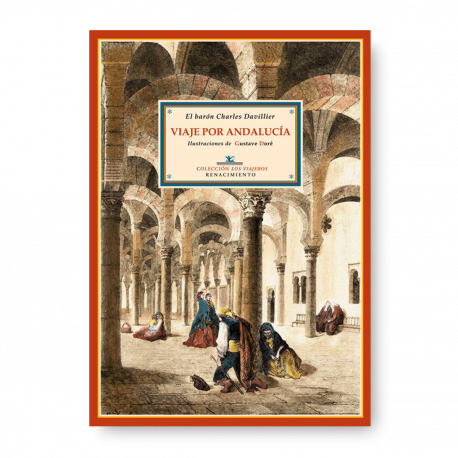 To acompany the exhibition Gustave Doré, a traveler around Andalusia, the Museum´s shop presents this abundantly illustrated publication.

During the 19th century, illustrated travel books were commonplace. Engravings and lithographs were the only sources able to give some visual insight into distant and exotic places, without having to leave home. Centuries later, the Andalusian Studies Centre and Renacimiento, in its Travellers collection, are making this special journey available to all. Baron Jean Charles Davillier, an outstanding Hispanist and expert in Spanish culture undertook the trip through Andalusian lands with one of the most prodigious and influential illustrators of the time, Gustave Doré. The result is over 450 pages containing a treasure trove of fine pictures and rich eyewitness accounts of cities, landscapes and scenes across the length and breadth of Andalusia.

The work, now republished and featuring a preface by lecturer Alberto González Troyano, was first prepared in book form in 1874 after having originally been distributed in 41 installments with the acclaimed magazine Le Tour du Monde. Interest in the illlustration was greater than in the text itself and Baron Davillier conceded the main merit of the project to his companion's drawings. This is a rare work in its genre, in which the name of the illustrator Doré preceded the name of the writer.