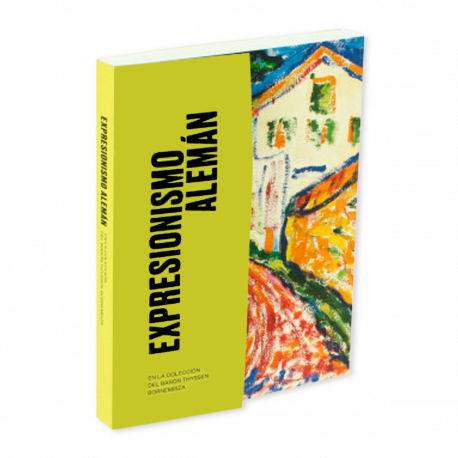 Catalogue published on the occasion of the exhibition “German Expressionism from the Baron Thyssen-Bornemisza Collection”.

When Baron Hans Heinrich Thyssen-Bornemisza acquired a watercolour by Emil Nolde in May 1961 he initiated a change of direction in collecting by the Thyssen family. While during the inter-war period his father, Henrich Thyssen, had assembled a remarkable collection of Old Masters, between the 1960s and 1990s the Baron was extremely active as a collector of the principal 20th century art movements, among which German Expressionism occupied a key position.

For the first time in decades, this exhibition, and this book that comes along, now reunites those works with the group of Expressionist paintings that remained with the Baron’s wife, Carmen Thyssen-Bornemisza, and his children.