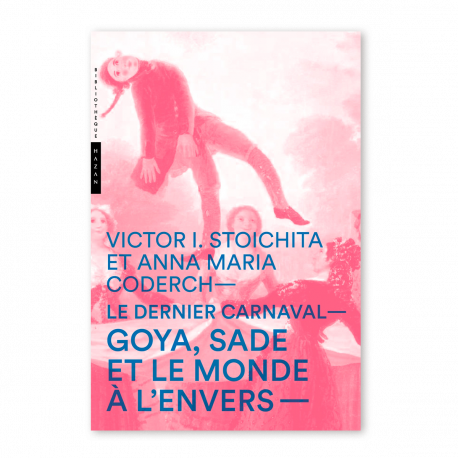 This text, in French edition, provides a new reading of Goya, concentrating on the closing years of the 18th century as a neglected milestone in his life. Goya waited until 1799 to publish his celebrated series of drawings, the Caprichos, which offered a personal vision of the "world turned upside down".

Victor Stoichita and Anna Coderch consider how themes of "Revolution" and "Carnival" (both seen as inversions of the established order) were obsessions in Spanish culture in this period, and make provocative connections between the close of the 1700s and the approaching of the Millennium. The authors deal with almost unknown or neglected literary sources concerning Goya's intellectual envirnoment. Particular emphasis is placed on the artist's links to the underground tradition of the grotesque, of the ugly and the violent. Goya's drawings, considered as a personal and secret laboratory, are foregrounded in a study that also reinterprets his paintings and engravings in the cultural context of his time.