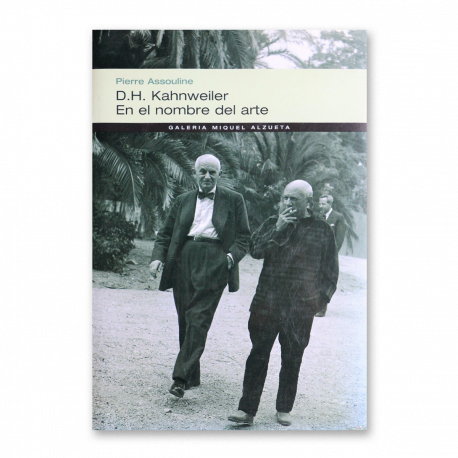 Signed by editor Pierre Assouline, this text is the biography of the influential art dealer D.H. Kahnweiler.

D. H. Kahnweiler, a banker with German-Jewish roots, found his true calling when he established a gallery in Paris in 1907. He eventually became the dean of European art dealers through his courageous and uncompromising support of cubism. At a time when that aesthetic revolution was reviled by most critics and collectors, he championed the work of Picasso, Braque, Leger and Gris. Though an early advocate of experimentation, he disparaged the rise of abstract art toward the end of his career.