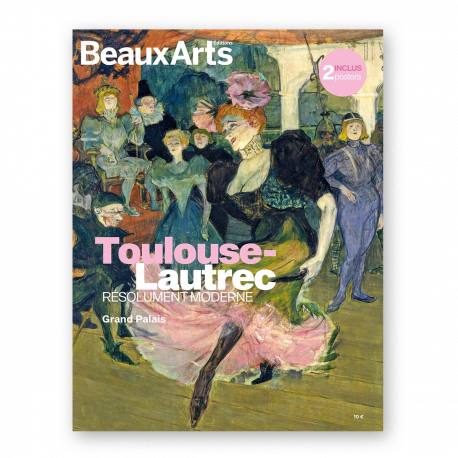 There had not been an exhibition since 1992 at Grand Palais seized this mythical figure from Montmartre. Toulose-Lautrec did not settle in a district worthy of his fortune, but rented a workshop in Montmartre, where a whole fauna prowls at night, between cabarets, brothels, balls and refreshments.

There, in this underworld where everyone invents himself and tries his luck, in the midst of the marginal people that the city gathers, he finds his place. His comedy and enthusiasm outweighed his deformity and, with the help of alcohol, he spent whole nights not only observing the night show but living it and then transcending it in his studio. In twenty years, he sketched more than five thousand drawings, made nearly seven hundred and fifty paintings and almost four hundred lithographs.

With one stroke, one line, it captures the energy of this nocturnal people who are inventing themselves. Toulouse-Lautrec was above all driven by an aesthetic ambition, that of translating the reality of modern society into its many faces.